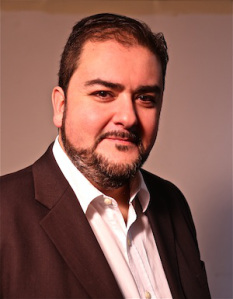 ​Rodrigo Loyola is part of the people’s poets, an Edmonton based hip hop group who represent their refugee roots from Chile, mixing rhymes about life experiences with social commentary. Influenced by Latin American folk and Nueva Cancion Latinoamericana as well as hip-hop, people’s poets bridge the social element of these genres in order to raise awareness of social issues and inspire others, particularly youth, to become involved in their communities. Performing regularly at a variety of music festivals, cultural events and international conferences, people’s poets combine music and action for social change and community building. Aside from lending their voice and support to a variety of community groups, people’s poets also offer workshops on hip-hop, art and community building, and tools for expression. Collaborating organizations include the Centre for Race and Culture, iHuman youth Society, Youth Emergency Shelter Society, Change for Children, John Humphrey Centre for Human Rights, Edmonton Immigrant Services Association, Alberta Federation of Labour and others. people’s poets released album No Life Without Roots, which debuted at No. 1 on the CIUT 89.5 (University of Toronto) Hip Hop Chart in mid-April 2009 and maintained a presence for 5 weeks.

The chart activity of No Life Without Roots across Canada secured the #16 spot on Earshot’s Monthly Top 20 Hip-Hop Charts for May and June 2009. In May 2010, people’s poets participated in the World Festival of Youth Artists at the Romerias de Mayo in Holguin, Cuba. The week-long festival sponsored by The Ministry of Culture is one of the most popular festivals in Cuba with over 400 International delegates attending. The people’s poets acknowledge the generous support of the Alberta Foundation for the Arts, the Alberta Music Industry Association, the Edmonton Arts Council and our community members.
Powered by