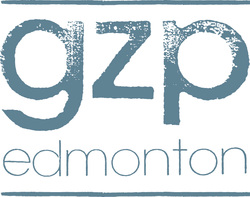 Ground Zero Productions is a Popular Theatre that develops original works of creative non-fiction for the stage, with a focus on specific communities, social change and Popular Education. Most recently, we produced West Indian Diary by Pat Darbasie, a drama about Edmonton’s Caribbean community based on a large scale Black History project undertaken by Dr. Jennifer Kelly. In past years, we produced Ribbon with the Black Settlers of Alberta and Saskatchewan, including a special presentation in Amber Valley in honour of its centennial. We have partnered with the Alberta Workers’ Health Centre to create a secondary school tour telling young people about their rights in the workplace and developed the dramatized segments for the Centre’s website. Over the past decade we have worked in collaboration with Banner Theatre, based in Birmingham, UK. With them, Artist Director Don Bouzek has developed the Video Ballad form, mixing live musical performance and video ‘actuality’. Shows created by this partnership have toured throughout the UK, as well as to Sweden, Poland, France and Canada.

Ground Zero Productions (GZP) www.gzpedmonton.org is a 30-year-old registered charity with a mandate to create professional theatre, supported by the Canada Council for the Arts, the Alberta Foundation for the Arts and the Edmonton Arts Council. GZP develops works of creative non-fiction for the stage as live performances in non-traditional venues. Don Bouzek and Catherine C. Cole have been working together for more than a decade. They are also collaborating with singer-songwriter Maria Dunn on Packingtown Edmonton, a project in Northeast Edmonton that focuses on the meatpacking industry and community life. Prior to these projects they collaborated on GWG: Piece by Piece, a multidisciplinary, award-winning community arts and heritage project that included archival and artifact collections, oral histories, a virtual exhibition, temporary displays, publications and presentations, a video ballad, and designation of the founding of the union as an event of national historic significance.

GZP Founder and Artistic Director Don Bouzek, MFA works in theatre and video with projects ranging from broadcast programs for Access TV to web-based educational videos. Don is a founding director of the Alberta Labour History Institute (ALHI), which collects, preserves and publicizes stories of Alberta’s workers. He has been instrumental in developing ALHI’s extensive collection of oral histories http://www.labourhistory.ca/default.asp?lang=eng&mode=oralhistory and created web videos for the Alberta Federation of Labour’s 100th anniversary http://www.labourhistory.ca/default.asp?mode=webpage&id=284. He worked with nurses to create 100 Years of Nursing http://www.100yearsofnursing.ca/english/frames.html a series of bilingual videos about the history of nursing in Saskatchewan and Alberta. He created two half hour programs, The Back Row and Three Strikes, about Alberta history for Athabasca University and Access TV.