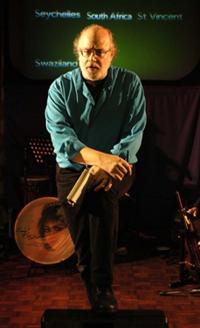 Don Bouzek is the founder and Artistic Director of Ground Zero Productions, an Edmonton-based Popular Theatre that for 25 years has developed original works of creative non-fiction for the stage, with a focus on specific communities, social change and Popular Education. He works in both theatre and video, with projects ranging from broadcast programs for Access TV through web-based educational video to small scale community performances of live theatre. He is the recipient of an Alberta Centennial Medal for his work in the arts.

Notable projects include:
GWG: Piece by Piece (2004-2011): He collaborated with singer-songwriter Maria Dunn to create a Video Ballad which has been seen in Ottawa, Toronto, Winnipeg and Edmonton and toured throughout Alberta in early 2012. He created the video segments in both official languages for the award winning virtual exhibition.